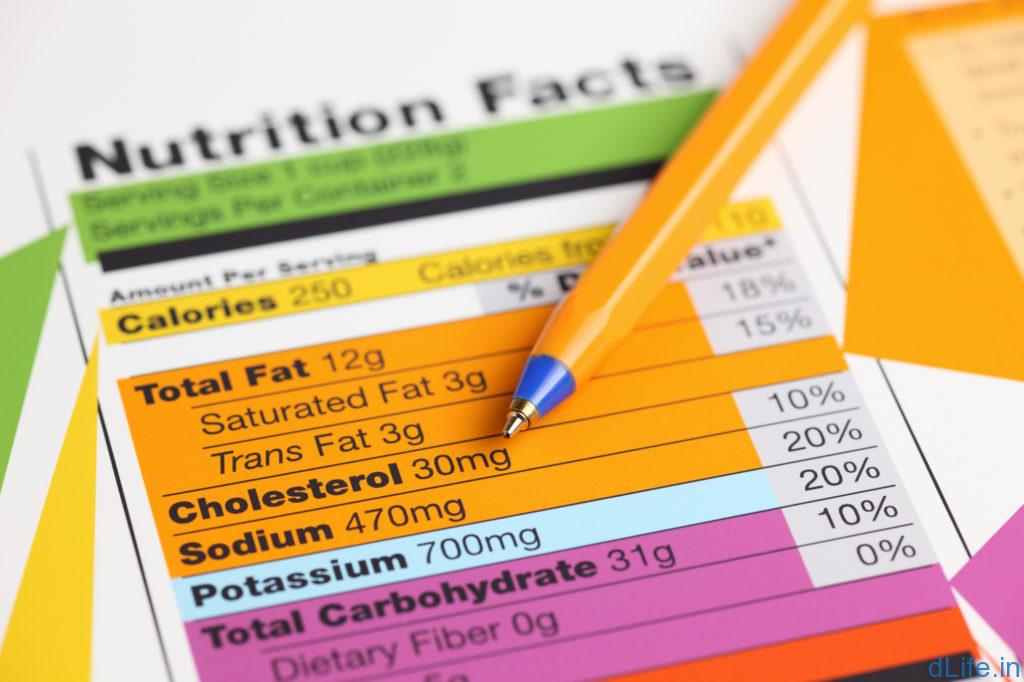 It was a nightmare finding nutritional facts about plantain stem while elle jay was doing the banana stem based raita recipe. All sites where we could manage to find some mention of banana stem had nutritional facts of banana. This was just the first trigger to start contemplating about a comprehensive dLife FoodLog system, of which the Nutrition Facts & Calories would just be a part. The second reason was we wanted to have all features that a visitor to any community site like ours would always have to look for elsewhere.

We did not want to restrict to just providing the Nutrition facts & calories data of ingredients that would go to a recipe. So, the dLife FoodLog system plan was drawn up to include the following sub-components:

We will be dedicating one article each to the above components of the dLife FoodLog module, starting with the Nutrition Facts database.

Almost every other site uses the popular USDA database. So we also integrated the same. However, we just did not restrict to that. We also manually added around 200 India related items but missing in the USDA database as dLife focuses entirely on the Indian diaspora. We got this data from the NIN Hyderabad data file. Yes, it included the “Banana Stem” that we talked of in the opening of this piece. And, the details of the same we could not find anywhere on the world wide web. As an when we come across anything missing but there inthe NIN Hyderabad data file, we will update the database.

Almost every site using the USDA file, erroneously clubs sugar & fiber with carbs to draw up the chart. We went a step ahead and split the calorie chart into following components. Here’s one example of how our charts for peanuts are different from a site like Fat Secret. Additionally, most sites do not list the complete nutritional profile of items. They just restrict to proximates and a few minerals and/or vitamins. We have listed every detail that’s available. Also, we have not replied to calorie mentioned in the data file but used the 4-4-9-1.5-7  (carb-protein-fat-fiber-alcohol) rule to compute the total calories for the purpose of charting and also subsequently in in the Recipes and My Food Diary modules.

This Section Is Open For All

The Nutritional facts & calorie section of the module is open for all. So anyone can access the same. Other sections of the module are only accessible by Premium Members with an active account.

Help on the Nutrition Database

A short help is available on the forum. To access that thread you will need to be a registered member on the site. Click the Join button below to sign up.